UPDATE:
All forums are now back online! 🙂

Hi Travians,
as some of you might noticed, our official forums are currently offline. That is because there was an attack on our forums. Upon notice we immediately took the necessary measures to ensure the security of your data and accounts.

As we have to act on the assumption that the forums are now corrupted, we are working hard to fix the problems. We apologise for this inconvenience and kindly ask for your understanding.

Please note: For security reasons we will make all passwords invalid before returning to live mode. Therefore you will have to request a new one via the feature “Forgot password”. We would like to point out that you should never use one and the same password for different applications.

As soon as there is more information, we will let you know! 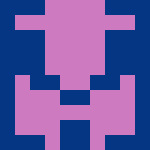 41 thoughts on “Information about the Travian: Legends Forums”