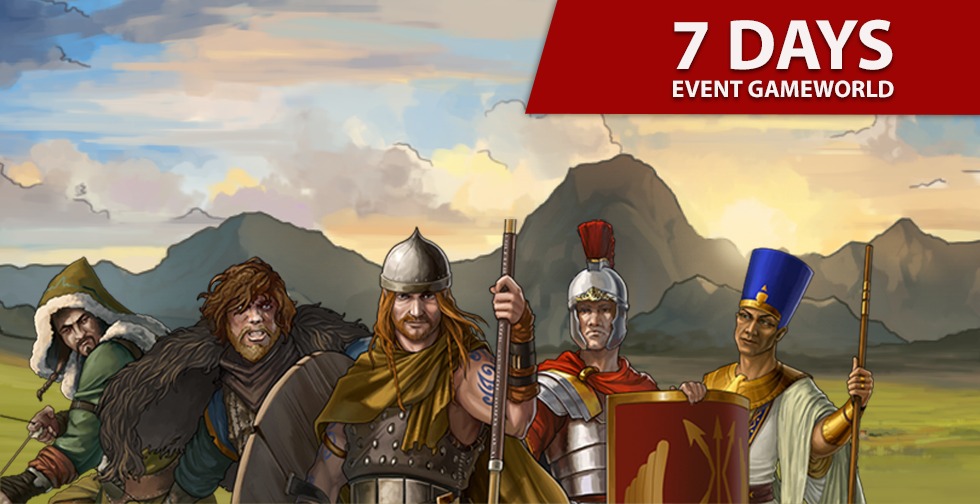 We need your help!

As the first 7-days event gameworld was very successful and enable us to gather a lot of useful data, we have decided to repeat it! The Game Design and Dev Team worked hard to be able to tweak the New Task System as well as the early game in general and this is the time to test the changes. 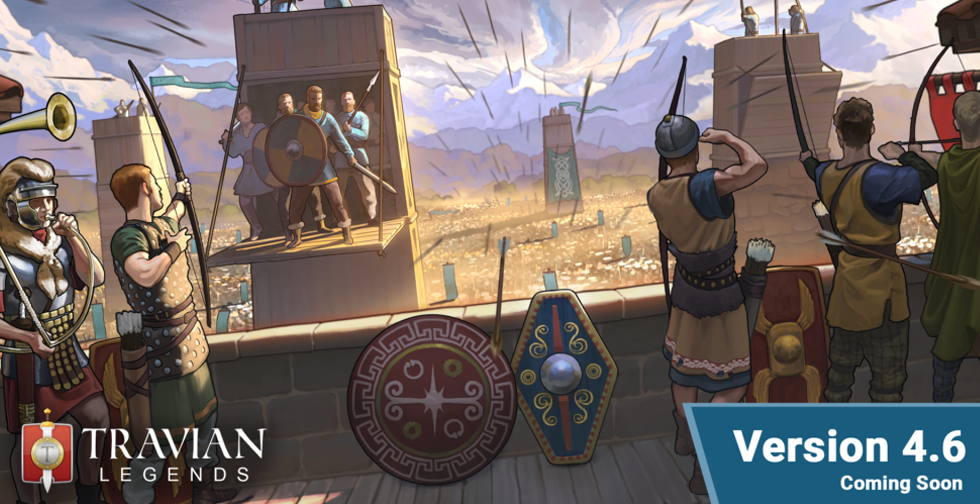 The wait is finally over! After a year of hard work, we are ready to reveal an epic milestone: Travian: Legends Version 4.6.

Big news, right? At this point, you’re probably wondering what it’s all about and when this is going to happen. Let’s start with when. This new version will be active on all new game worlds starting from March 15th, 2021! This change will have a positive impact on the way the community interacts with the game. Meeting new friends will be easier and overall it will make the Travian: Legends experience even more fun! END_OF_DOCUMENT_TOKEN_TO_BE_REPLACED 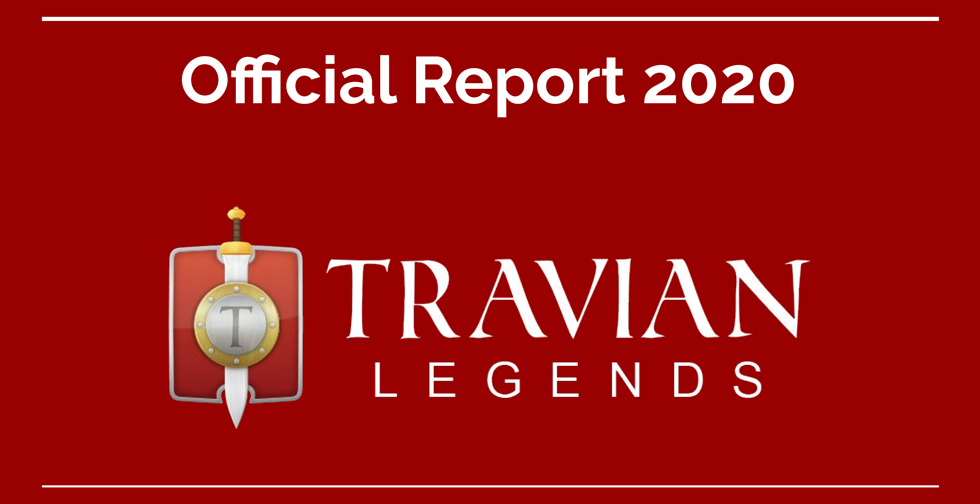 This year was definitely a weird one. None of us could have ever imagined everything that happened, so we really hope you are all safe and well. We know that these are challenging times, many countries are forced to push limitations to travel and meetings. We can imagine that many of you will have a very different holiday season than in the past years, but we are sure you will be heroes and you will defend others by applying the safety measures suggested by your governments.

To help you keep a good mood, and to entertain you a bit, we have asked our art department (thanks Kaj and Mel) to help us prepare a couple of Coloring Books out of the sketches for the art that we published during the year.

We hope that this will bring you and your kids a bit of joy and entertainment.

Visit the Travian: Legends Coloring Book site to download the books, send us your masterpieces to color(@)travianteam.com, and receive 10 Travian: Legends Gold. Don’t forget to write your nickname in the email! 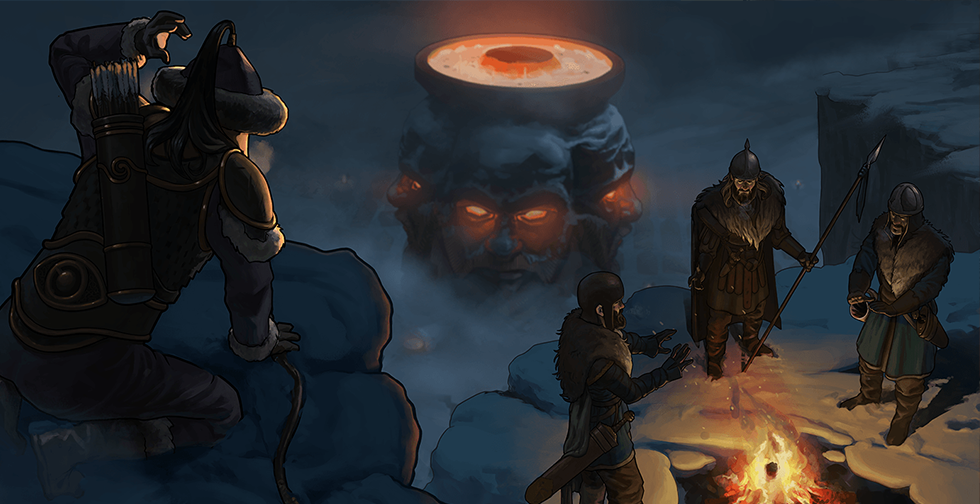 The first big event of 2021 is just around the corner!

END_OF_DOCUMENT_TOKEN_TO_BE_REPLACED

How do Natars play? We are sure you asked yourselves that question many times! As you know, Natars are shrouded in mystery but they are ready to reveal a couple of their secrets…

We are looking for your help!

In the last weeks, our Game Design and Dev team has been working on tweaking the New Task System. Before releasing it on new gameworlds, we would like to perform one last test.

At the same time, we would also like to test an improved technical setup that should increase the gameworld performance.

In order to achieve this, we have decided to launch the first-ever 7 days event gameworld. END_OF_DOCUMENT_TOKEN_TO_BE_REPLACED 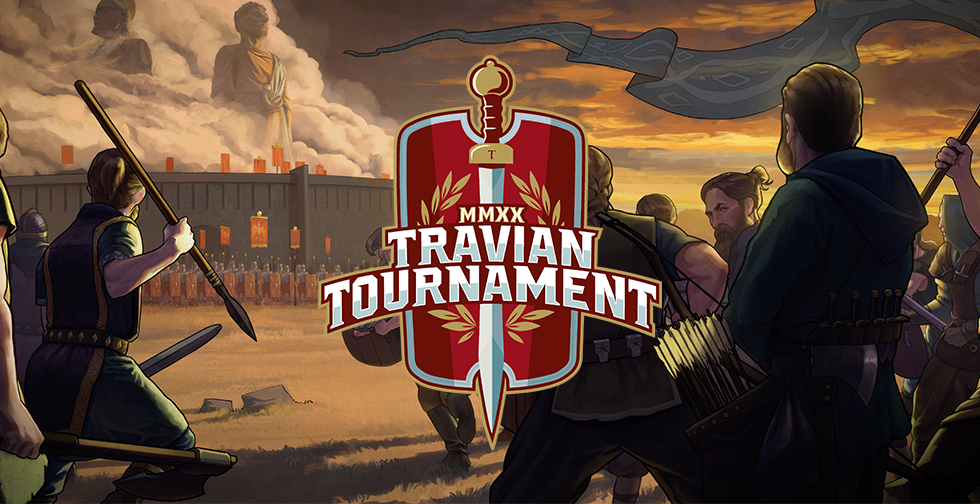 It’s time for the big showdown: 17.11.2020 at 14:00 UTC+1. This is where legends of heroism, betrayal and indestructible alliances are forged. Whoever builds the first Wonder of the World to level 100 will emerge as the victor of the Travian Tournament 2020.

If you managed to reserve your spot in the Finals through the Qualification Rounds (or thanks to a precious wildcard), now it is the time for you and your allies to prove that all the practice and strategies pay off. END_OF_DOCUMENT_TOKEN_TO_BE_REPLACED

Do you want to impress your friends and settle your second village with surgical precision? Are you tired of trying to remember all the necessary steps every single time you start a new game world? Or simply, are you new to the game and you have no clue about what we are talking about?

Well, no matter why you ended up on this guide, we are here to help you to settle your second village as fast and as you can. This is one of the key actions you perform in the early game and it can heavily influence your progress. It’s one of those things you really want to master and be as precise as Swiss watch. END_OF_DOCUMENT_TOKEN_TO_BE_REPLACED 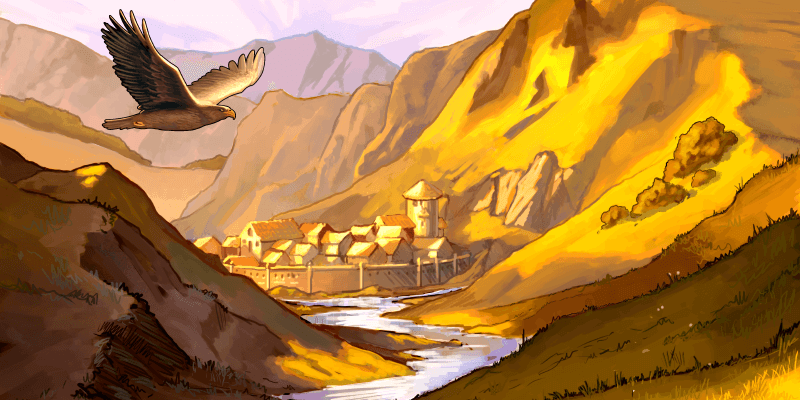 A cold wind blows from afar… What message will it bring?
The plaque transforms into a reddish-brown mass.
It’s raining outside… But this rain is pouring more than water.
Are you listening? It throws the echoes of the last battles…
It’s an unusual rain.

It is the message that something different is coming… Warriors have not had the opportunity to use their weapons for a very long time now. Their muscles are as weak as their rusty weapons. However, it is an unusual sight as the doctors celebrate together with the warriors. Nobody expected that the doctors would gain recognition in the eyes of warriors until now.

In their feasting, you can find a longing for the old days… They all remember the last battles in which everything happened faster than ever before. The holiday time is coming to an end… “Will its ending bring new adventures and challenges?” everyone wonders. Then, suddenly, they hear screams, screams coming from the main square. After some time, a scout ran into the inn, followed by a cool autumn breeze and an endless number of leaves. “Fast! Get ready! We’ll all need you again!” he yelled and ran to inform the others.

Without hesitation, they all got up, taking their equipment towards their next adventures… New fierce battles in the muddy waters begin to appear on the horizon, full of passion, strength, and struggle for supremacy.
The earth will be watered with sweat and blood, and new achievements will emerge! The winds are whispering…

The battles will be more intense and faster than ever… Are you prepared for such a challenge? Autumn will embrace the difficult struggle and will highlight the virtuous warriors on the watered horizon!

END_OF_DOCUMENT_TOKEN_TO_BE_REPLACED

This website uses cookies to improve your experience while you navigate through the website. Out of these, the cookies that are categorized as necessary are stored on your browser as they are essential for the working of basic functionalities of the website. We also use third-party cookies that help us analyze and understand how you use this website. These cookies will be stored in your browser only with your consent. You also have the option to opt-out of these cookies. But opting out of some of these cookies may affect your browsing experience.
Necessary Sempre abilitato