Travian Experience: 2 years. I started playing when Covid started to lockdown places, but I tested the game around 10 years ago.
What I like about Travian is everything around strategy and of course meeting new people.
Background: I’m a game developer who is moving towards Software development.

Q – Tell us more about TDG. What’s the story behind the alliance?

Our group is formed from players that played on Nordic 3x servers back when those were a thing. So when we got the information that Nordics will disappear and Europe will be our new home server from now on, we had to react to that and we started to form a group of players for our first EU server (“T” alliance). We noticed that there was a second group (“DG” alliance), that was around the same size as us. We decided to play together since we only had little knowledge of our new opponents’ level on the upcoming server. After that first server, we decided to form only one alliance under the TDG name.

Q – How did you become TDG’s leader?

My leadership career on TDG started during our first round in the last few weeks when other leaders didn’t have any more time for organizing. They offered me the role during pre-server but I had quite a storm going on in my personal life, so I wanted to take it easy for our first server. For the 2nd round, I have taken more responsibility for the alliance by organizing our community discord server channels, defensive planning, artefact rotations etc. After that, I started having even more responsibilities. As someone from our leader group commented, “There ain’t many willing to lead this circus”.

Q – Who do you look up to for inspiration in your leadership role?

I have always been trying to develop myself forward. When I took my first leadership role during Nordics, I always wanted to improve our alliance to the level of our enemies, to have an equal chance of winning the server. So those leaders were something I wanted to be at one point. Nowadays, I have many of them on my side, and I have learned a lot from them during Europe and Nordics servers.

Q – How do you keep yourself and your team motivated despite obstacles?

We have a pretty easy group to motivate since many of our players are really experienced in the game and they know that everything can happen during a server. Of course, there are hard times. A good example is the last server when our WW got zeroed 2-3 days before building plans. It was not easy to get up back on track. We ended up with a couple of plans and told people to keep working on accounts since a server isn’t over before Wonder hits level 100. Without a good leadership group, it can be hard to motivate everyone alone, especially since +200 players is a lot to deal with. Also regarding myself, I get easily motivated by positive feedback and overall feedback from our players.

Q – TDG managed to get most of the top performances on 3x servers so far. What are your next objectives? (note: this interview was made before STONG performances)

First of all, improve our group, strategies and individual players. Trying to make fever mistakes during the server to actually win more of them. As I said, we believe there are still many ways to improve our game style to better match these Europe 3x style servers where there are more players and bigger confederacies. And of course, sim even more since people have noticed that we seemed quite good at.

Q – What are the most important traits to look for when recruiting new members?

We are always looking for active players that are ready to help our alliance. But we don’t want to overshoot our amount of accounts since we are always trying to find some interesting people that we believe can help us and vice-versa. The one thing that can help you to get into our group is communication with our alliance and leaders since it’s such a huge part of the game.

Q – What’s the one thing you would change in Travian: Legends if you could?

I personally would be interested to play more restricted confederation size to improve accounts that are taken into confederation. This would increase the quality of their accounts and make more competing confederations on servers to battle over Victory in my opinion. I don’t really fancy these 60×4 mass alliances. Like how can leaders of those alliances even keep in touch with so many players?

Q – What will be TDG’s next server?

Thank you Unikuu for this interview! 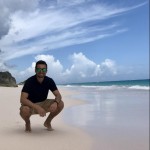