We present you with 2 interviews with Greek Leaders in view of the launch of the special edition of the Balkan server.

I accidentally started via an advertisement in 2009. I had no previous experience. And I confess that I was lucky. I quickly met a group of Greeks who played together for a long time. They helped me to join their team via skype. Meet and help me in the game. Their behaviour and acceptance made me feel the need to learn the game as best I could to stand better next to the team. It was also the time when many little girls played in the game, and this always helps the team 😊. So, I will never forget Tasso, our Leader, Nicole, Claire, Vasso and many more beautiful and smart girls who made our lives beautiful. Let me also mention players that I still honour for what they knew the game very well, such as Adam, Hrepi, George … and many other worthy friends. Fortunately, in the alliance I had entered, everything was as it should be and there were, with few exceptions, misunderstandings by fools who mix the personal with the company and the game. So, I read. I read a lot as if I were taking an exam. And fortunately, I lived in an alliance that taught me a lot.

So, after a while, I became the Leader of this alliance. We went through many changes. Many unpleasant moments but we managed and endured. We continue and even continue with the basic principles we started. The alliance is company and family. We all care about everyone. From the game to simple everyday issues. This, after all, is the reason why a company is even online.

Many incidents will be unforgettable for me. Pleasant and unpleasant. But that’s life. And in a company, you do not single out incidents. You live them. You share them. You remember them forever. They are the icons that make the big picture of a group and a group gathering. The main thing in this course … we survived. We exist. We continue. The team is growing. Changes. But it has solid and strong foundations. It also withstands new extensions. But the most important thing is that we are almost always here. Many people passed through the alliance who started their own course or remained. But they passed and usually remember it positively.

3. Communication between alliance members is very important in the game. What have you achieved in this?

The game is communication. It’s skype. Discord is the last. But communication is the … BEGINNING of all. This is how teams and groups are made. So, we keep the communication channels active. All-day. Everyone should be able to communicate even for a simple reason. This is the team after all.

Of course, we accept new members. Renewal is important. We just want them to be active players and participate. In all our actions as a team.

Of course, we see the changes. Of course, we adapt, and it makes sense to adapt. It certainly creates difficulties, but the passing time always helps to adapt. It’s just that many times everything revolves around financial burdens that would make sense in these times to be careful.

In general, I would like to say that this general information about the game should be more detailed. Such as penalties. The discussion cannot take place at a level that does not concern you, we are sure because we checked it, you committed a violation, but we do not tell you which one since we know everything. These are not serious and often offend players who spend time and money on a game.

I started from the first Greek servers of Travian, in various alliances of that time and the specific alliance (P#C) that we now have 12 years playing in a server. Many of its members have been around since the early years of Travian.

Achievements in the game, serious and funny, a lot has happened all these years (although I have one shocking incident left from the first servers … when there was a mess with the password interceptions, in the first servers, from someone player we received the password of an opponent alliance leader and entering to see information in the messages we discovered a lot of messages, regardless of the game, where he exchanged love messages (and not only 😉) with a girl of his alliance)

There is permanent communication, mainly via skype, and with daily conversations with a microphone, online more than 10 hours. But beyond that, close meetings and parties have taken place and continue to take place in restaurants or in members’ houses, with the largest meeting having more than 40 people. In fact, with a lot of members beyond the game, we have created friendships, collaborations, relationships, marriages, professional collaborations or even help in personal matters. At the same time, there is a group in the alliance on fb with members who have stopped playing with us but still, they remain our members and we continue to have contacts even though they have stopped.

Because several people from the old players have stopped for various reasons, we accept new people (either old players that we have never happened to play together or completely new ones in Travian). Basic criteria are not so much the knowledge of the game but the active participation in the movements of the alliance, the participation in skype, team spirit and above all we completely avoid those who are ‘play only for myself or have seen themselves as ‘the bigger player ever exits ‘ and of course we avoid all those who have a tendency to whine permanently, to murmur, to blame everything.

Usually, as an alliance, we play for several years now, in a server that starts somewhere in late September and ends in early summer. But there are always some who play in the summer somewhere else … so any change that occurs during the months we do not play we learn before we go down to the new server and we are informed. The same during the rest of the year, that is, when I learn that there is a change that will take effect from the new servers that will open, I make an account and we play it loosely 3-4 people just to see the changes.

I would like you to consider the possibility (especially after the limitation of alliances you may have) of the enlargement of the embassy of an alliance … the 60 people to become 80 or 100. Especially now that it does not have Greek servers, our players (all the standard old ones) want to be in the main alliance and to put on the wings the young people in the alliance or the foreigners who come with us. Also, in case the issue of alliances and reinforcements ends sparsely when a national server opens … many problems have occurred. To explain: it is known that in order to send reinforcements to a non-ally many times the only way was to make an ally for a while, to send reinforcements we had to stay there for 12 hours and then the troops would come back and other times while not even 2-3 hours had passed since the breaking of the alliance as soon as the troops arrived, they automatically returned. I know that the limit of 12 hours is going to be changed and reduced, but even less to do again remains a problem of the system. 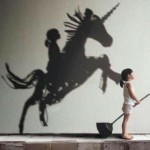