I had the honor to play alongside Nurse Joy in EU-4. The current leader in the attacking points for a single account in X1-Servers statistics. They made a summary of their account, which was played without any friendly attacking points or something else, which I really appreciate.

The summary is split into three parts.

From now on, everything is written in first-person perspective since the summary was made by the players of Nurse Joy.

A look inside the Nurse Joy-Account

Settling the second village and account build up until day 90

It all started on 14th of July 2021. The first goal was, of course, to settle as fast as possible and get the server entry for the first second village. We activated our account one and a half hours after the server start and got a decent spot. After slightly more than 90 hours server runtime, we were able to send our settlers. Sadly for us, it was just the second fastest time, because a Gaul was approximately 10 minutes faster.
But it was luckily fast enough to get the 150% 15-cropper we wanted. After getting our second village, the number one priority became to build it up and get a decent production, without sacrificing our troop production. The following days and weeks we found a great balance between troops and resource production. From week 2 on, we were robber of the week rank 1. We also were rank 1 in overall gained resources and had a nice battle for rank one production with our alliance mate Inside Man. Some weeks into the server we also became rank 1 in the defense statistics (with only attacking units), which means we had the most troops in the server.

From week 6 we started actively getting attacking points by killing enemy troops. We also attacked lots of oases for resources, but the number of attacking points we got from oases was only a minor factor compared to our overall points. We never cared about our population ranking but still were in the top 3 for most of the time. The first major milestone was on day 55. On that day, we finished all the crop fields on level 19 and therefore were ready with our capital. From that point we shifted all the focus on troops production. We don’t remember how many armies we already were building before, but on day 64 we had 300000 troops crop-consumption wise in our account.

The artefacts spawned on day 90, at that point in time we had around 650000 troops in our account. We cleaned the unique building artefact from the Natars. Our alliance got a lot of other unique artefacts due to the good coordination. One of them was the unique boots artefact, which played a huge role for us until the end of the server. On the first night after the artefacts spawned, we instantly robbed a small crop artefact from an enemy.

On the following days we already hunted enemy hammers and were able to steal two small fool-artefacts. From day 90 on, our entire gameplay was based around building troops and armies and hunting enemy hammers. We build 16 armies and 2 scout-villages. Most of the time, we had more than 1 million troops (again – crop consumption wise) with around 1.3 million on our peak.

One of our hammers was decided to become a mid tier hammer for the opposing wonder of the world.

At some point, we were sure, that we need a small artefact for better scouts. So we went and robbed one. We even were able to have a small crop artefact aswell, so we played with a combination of unique faster troops, small better scouts, and small crop artefact. We even had the small artefact for better troop training times in our hammer village for some time (With the small spy being deactivated for this time period).

The following weeks, we hunted every single enemy hammer we could find and were able to eliminate most of them.

In one of the last actions of the server, our capital got damaged by the enemies, after losing many hammers, Since we were able to raid way more than 1 million per hour, the lost production of our capital was not relevant in the last days.

Following, are some screenshots after the server ended and one screenshot of our armies on day 123.

Please keep in mind, that the shown reports and statistics are only the own losses and killed enemy troops from attacks larger than 10.000 dead enemies in crop consumption. All smaller ones were not saved. All dead fire catapults were ignored aswell in this statistics.

Overview of offensive points and raided resources per week

After playing this game for a long time, with different versions and systems, we would like to share our opinion on the current game state and the new systems. The two most import changes we will talk about, are the animal bounty system and the introduction of hospitals.

I will start with the animal bounty system, because they have effect on every account.

This changes made the game overall much faster and more fun in our opinion, especially in the race for the second village, where you have to make active decisions on which oasis you can afford to attack in order to maximize your resource income and therefore decrease your settle time. If you do it correctly and have a little bit of luck with your neighbors, you can settle after around 95 hours +/- a few hours.
This fast settle time means that you don’t have to much time to spend in the auction and you can even get that settle time without spending anything there. This change makes it less pay to win in the race for second village. The second change to the oasis, that the resource production starts, as soon as all animals were killed, is a nice change aswell, since tech-accounts do not give you any benefits, like it was in the past. This change made the game much more fair.

However, as nice, more fair and budget friendly the start is with this changes, as problematic it became afterwards. The benefits of killing animals remain way to important even after the second village, to ignore them. Because of that you are forced to spend large amounts of gold on hero items to stay competitive. The benefits of this system are just to huge and we personally think, Travian should find a way to nerve this abuse. To make it clear we did spend a lot of money on our account and were the ones who benefited the most from these changes. But we still think this system needs a re-balance, to make it more fair for player who are not willing to spend that much money into the game. One possible way to balance it is to cap the amount of ointments and books that can be used in a given time. 2 books per day should be a good number. To find the right number with ointments is much more difficult, but we think around 50 should be fine for the beginning.

The second major change was the introduction of hospitals. As clear and unquestionable our take on the oasis was, as controversial this one could become. But in our opinion, hospitals are absolutely broken in the right hands. Most of the accounts will use them to rebuild their army after a loss, so they will use it in maybe a two or three different villages at the same time. However we had abused this system, and the hospitals were the main reason why we were able to generate so many points. We had used hospitals in more than 10 troop villages at the same time for most of the game time. We were rotating our armies to fill hospitals in villages where they were not running. With this it was like we were using small troop building artefacts in 10+ villages, what allowed us to build approximately 3-4 Million troops over the server runtime. Since it needs a lot of coordination, activity and resources to establish such gameplay, we don’t think this building should be re-balanced or changed. There are just a few accounts that can abuse this building like we did, and it can be seen as a skill expression. For most of the accounts this will be a well balanced useful building. The merge between the servers to a european server was also a great change, since it makes the server fuller and more competitive which is great. I hope this post gives you a good inside look into our account, and how we were able to achieve our numbers. Feel free to ask questions, if there are any left.

We would also like to thank our alliance, especially the leaders, who did a really good job. Without them all this would not be possible. They gave us the artefacts and support we needed to achieve these numbers. Thank you for the trust you had and we hope we could fulfill your expectations. Another special thanks goes to Care Bears and Breaking Bad – our direct neighbors. They really had a lot to do because of our aggressive gameplay. Almost every day some fakes or attacks were coming and they were always there to help us and send troops. Thank you for that effort. 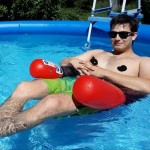