The server started on 03.08.2021, and there were only 3 days to register. It was successfully fulfilled by ~5.500 accounts. On the first weekend, they created 138 allies, 29 in the upper segment in 23 confederacies. 8 occupied regions and kept them for at least 24 hours.
But the server lost 5-10% of the players every week, which caused problems to the most significant allies. All allies were hunting for valuable players from the beginning to the end.

If an ally wants to be big, it has to be good in at least two of these:

It sounds good, but the reason for this is not the best: in the first half of the server, at least one whole confederacy is disappeared due to the deletion of players. So by the end of October, only 4 confederacies with 12 allies stayed:

The players’ deletion continued, dragging allies with it.

In that time, almost all confederacies fought with each other, except the two greatest ones: the HIT and the HEROES. But the clash between the two was only a matter of time. And 2 weeks after it happened, the ally HEROES disappeared, and DNT followed it. After that, NBD made a confederacy with Emoji, leaving the confederacy with G-BAL. A.H.a merged with A.H.b, and IT joined them. IT had no own region, but locos had. 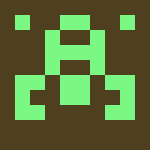