I checked the 60 first alliances in population and I added alliances with good average evolution with low numbers of players.

I also added the 2 alliances who have chosen to conquer the 4 corners of the map, because with their strategy they are near each quad.

Finally, I contacted each of these 13 alliances.

The alliances are mostly gathered in the center, some have moved away.

Now let us see alliances one by one. I put on the same map the alliances that obviously agreed to expand their territory.

With graphics, information are better highlighted:

We can notice a massive amount of tech accounts deleted in some alliances.

Each confederation has now taken its territory over the quadrant. Unsurprisingly, the best-located alliances, strategically speaking, are also those with the best average population.

There is a gap between the 3 first alliances’ average population and the others. But the last ones have the same numbers of accounts: 4 szab alliances, 3 turk alliances, plus one more turk alliance on the same circle in the North West.

Szab alliance leader kindly answered the interview, here it is:

Our server project is building a WW as high as possible (possibly 100).
We decided to have a NAP with NES, because we already have several fronts with other alliances. (Türk, L.F, conquerors, and some fights in the grey with the Balkans.)

The first month is a boring part of the server, I like the part when we have 10-20+ villages and finally, we can have real wars with huge armies. The saddening thing is the great advantage that rich people get in the new start, and also that basically, every top population player needs to get there with conquering from tech accounts, etc…

Lydie#3607  If you have any suggestions, feel free to PM me on discord 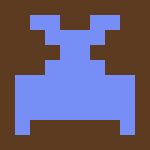