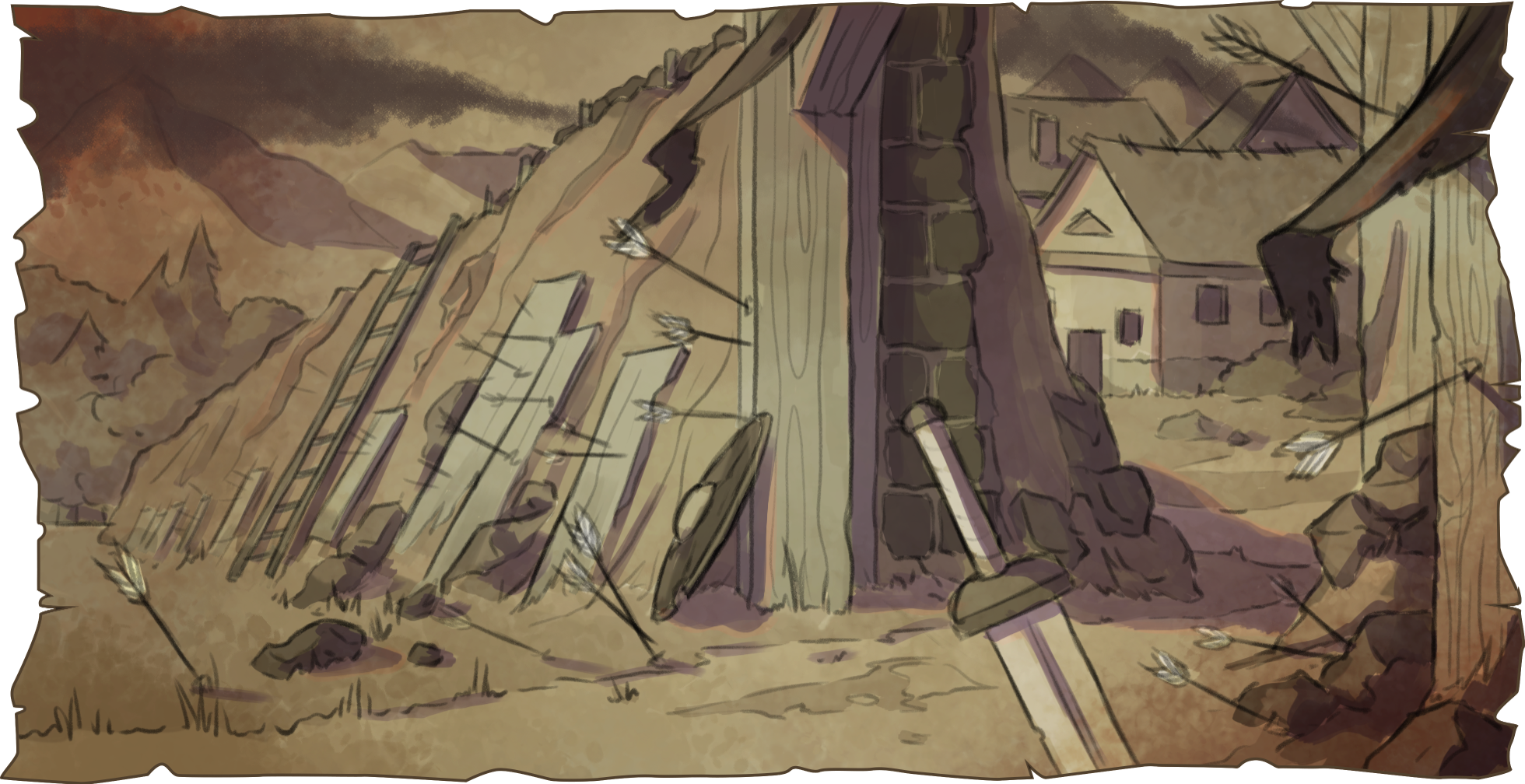 Every time Marcus visited the chamber where Plinus Lacer accepted his visitors, he always asked himself why the old vulture chose this place. Small, dusty, and dark, it could barely fit a vast wooden desk, some shelves, and a couple of chairs maximum. The rest of the unoccupied space was crammed with scrolls, as far as the eye could see. How on earth does he categorize them? A thought best saved for a drink or three.

“I already know what you are going to tell me.” Plinus Lacer said slowly, moving his eyes from the scroll he had read to the now approaching commander.

“And I’ll repeat it. A war is coming to the region, and we barely have 500 soldiers here.” This has been their usual argument for the past few months. “The northern part of Hibernia already fell under attacks of the Romans.” Marcus continued, “The pathfinders that were sent there didn’t come back. We need a decision sooner or later, Plinus.”

“Tell us something new. Isn’t it exactly why I built my fortress here?” Another visitor interrupted what Plinus was about to say, making Marcus more irritated. Neatly dressed in Roman clothes, handsome and refreshed, Appius Lacer was the complete opposite to Marcus. The latter recently did not sleep at all. The architect pulled piles of scrolls from another chair and sat down with the usual bored expression on his face.

“So, what’s your problem, Marcus?”

“My problem?” Marcus exhaled and slowly counted to ten, as his mother once taught him in his childhood. “My problem is that we do not need another fortress here; we needed to fix our own first! This is the oldest village in the region, and you are perfectly aware of what that means! Who cares about your new fortress? It’s ours that would be attacked!”

“And like I told you many times, swordsman.” Appius said, “It’s beyond repair.” At that point, Marcus was seething. He’d have to apologize to his mother at another time. “Well, Architect, tell that to the woman who fixed the damn thing just three days ago!”

Appius paused his scroll reading and looked at the brawny man. “You dare to compare complex defensive fortifications to that of a primitive peasant’s construction?” Marcus counted to ten. Then to twenty. Then thirty. It didn’t help. “I dare to compare you with a simple woman that repaired the mill. And frankly speaking, this comparison is not in your favor-”

“Enough!” The cold voice of the Old Vulture bellowed, stopping the argument in an instant. He turned his head to Marcus, and the commander saw the twinkles of joy in those old water-blue eyes of his. “You talk about that girl far too much recently, boy. It’s making me curious. If my grandnephew can’t offer us anything, then we are fine to use the last resort we have, aren’t we? Bring her here, Marcus; we’ll find out whether she is as good as you keep saying she is.”

The loud bang of the now shut door made that decision final, but Marcus didn’t care much. First time in the months, and countless arguments with Plinus, he was finally going to sleep soundly tonight.

Enjoy the read and join us on Discord to discuss your theories!