As you remember at the end of 2019 we promised you some improvements to the Farm List. During the past months, we did some small improvements, but it is now time for us to release the most wanted changes. The team is currently working on preparing a patch that will be released in the upcoming weeks on PTR followed by a release on all the game words.

Here you can have a look at what we are going to change:

We are very excited about our changes, and can’t wait to get your feedback about it. Keep an eye on the or our Community Calendar, we will update them as soon as we have the release dates. 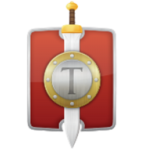