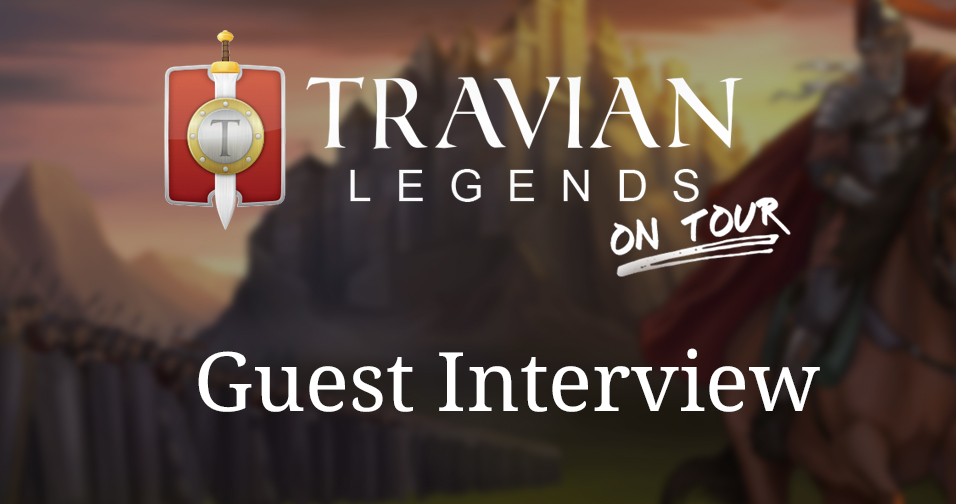 Not only has he been playing Travian almost from the beginning, he has been part of the forum moderation team for a long time. He has a deep knowledge of Travian and is highly respected as one of the old time greats in the .net community. Meet Aprendiz, A.KA. Eneko from Basque!

My name is Eneko, from the Basque country, Spain, near France. I’ve been playing Travian since 2007. I played speed servers usually but I don’t have enough time these days, so, I’m playing normal servers. I saw a lot of different versions of Travian, from servers without oasis and hero to RoA. All different, all fantastic.

Throughout the last 10 years playing, I met a lot of people, some unforgettable. I think they are most important reward I get from this game. Travian isn’t Travian without people. They are the key to the game.

About 2010/2011 (I can’t remember exactly) I found a special group of players, an ally with a few players, but with an absolute trust. All messages ended with a joke, all needs were met, a perfect ally that I have never been able to experience again. It was called “Desertores” and I want to send them a warm greeting.

Many of us have observed the decline of players in our servers, and we are thinking about the possible causes and solutions. In a world based on mobile devices, we think that we have to adapt to the demand of the people. A lot of players has ideas to get better this game, original ideas. I hope to share them with Travian’s team. All of our ideas may not be actualized, but at least we can make a few of them heard. That’s what I expect from the event.

Thank you for reading! We’re looking forward to discussing the ideas Eneko has to share with us. If you would like to contact him, you can send him a message on our forums.

Next, we meet the official Travian tournament reporter herself, Safiren from Sweden! Stay tuned for our interview which will be posted tomorrow.