Culture points required for the next village?
In order to be able to settle the second village in the game, 500 culture points are required.

Activation time for artifacts?
Once a player has captured an artifact, on a 3x speed server it will take 12 hours until it becomes active.

Merchant capacity:
Depending on the tribe chosen, merchants on a 3x speed server can carry the following amounts:

Adventures: greater amount of items, troops or resources that can be found?
Example: If in comparison to a normal T4.2 server, the T4.2 speed server awarded 500x the amount of resources, this relation will also apply to the T4.4 speed server when compared with the normal T4.4 version. 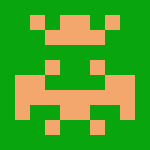 2 thoughts on “The most asked questions about T4.4 speed”