In Travian 5, you will play as either king or governor. Both roles have advantages and disadvantages. You can crown yourself king at any time or join one of the kingdoms around you as a governor.

The role of a king is designed for militarily active players, while governors can put greater emphasis on developing their economy. The activity necessary for the role of governor is not as high as that of a king. As a king, your villages – depending on their population – will reflect your power in your neighborhood. If your villages exert more power than those of another king, a map space will fall into your kingdom. A village on this space will turn into a governor village of the king.

The king’s role is to protect their governors. Kings receive tributes for doing this. These tributes will however only be flowing in if the kingdom is protected. If there is an attack, the tribute stock will be plundered first, followed by the warehouse of the governor afterwards.

You can expand your kingdom by positioning your villages cleverly. The number of treasures, which you will receive as tributes in small amounts, is also of great importance for the size of your kingdom. You can also steal them from other kings and expand your own kingdom at the expense of theirs.

In turn, as a governor, you can rely on being protected by your king and focus more on upgrading your village. Even within kingdoms, there will be enough tasks, which need to be accomplished to further the well-being of the community you are part of. Normally, both king and governors will benefit from the kingdom system. Tributes are produced on top of the normal production, so they will not reduce a governor’s normal production. The more resources a village produces, the higher the tributes will be. Instead of tributes, governors will receive additional quests.

Why these changes?
I expect greater cooperation between larger and smaller players with this system. For a strong king, weaker players in the area are no longer automatically farms, but can also become a vital part of their own kingdom. On the other hand, it pays to attack strong kings, as many treasures can be taken from them. Treasures not only expand your kingdom size, but also come with a number of other benefits for the kingdom and alliance.

The next post will be about alliances and secret societies. 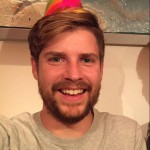