Questions:
Tell us your name / nickname and how old you are.
Aleš 38, nickname … got none, sometimes friends call me Čelavi (Baldy) 😀 I got this nickname in my early twenties, after I started shaving my head.

What is your profession?
Software developer (mostly web development and some mobile, tablet development).

How long have you been working for Travian?
I’ve started in March 2013. I am still a freshman  ha ha.

What’s your job at Travian? (Or what have they told you?)
On contract  is written that I am  a “Spieleentwickler” 😛  I am mostly occupied with PHP backend tasks.

What was your first impression of online games?
Can’t remember when I’ve played my first online game, but decades ago when I’ve tried  Counter Strike I really sucked at it.

What is the biggest challenge in Travian for you?
“Language barrier”. My German was rather rusty.

What would you do once you achieved world domination?
LOL. I would add “So f…g what” button on FB.

What should be the next invention?
“Beam me up, Scotty” 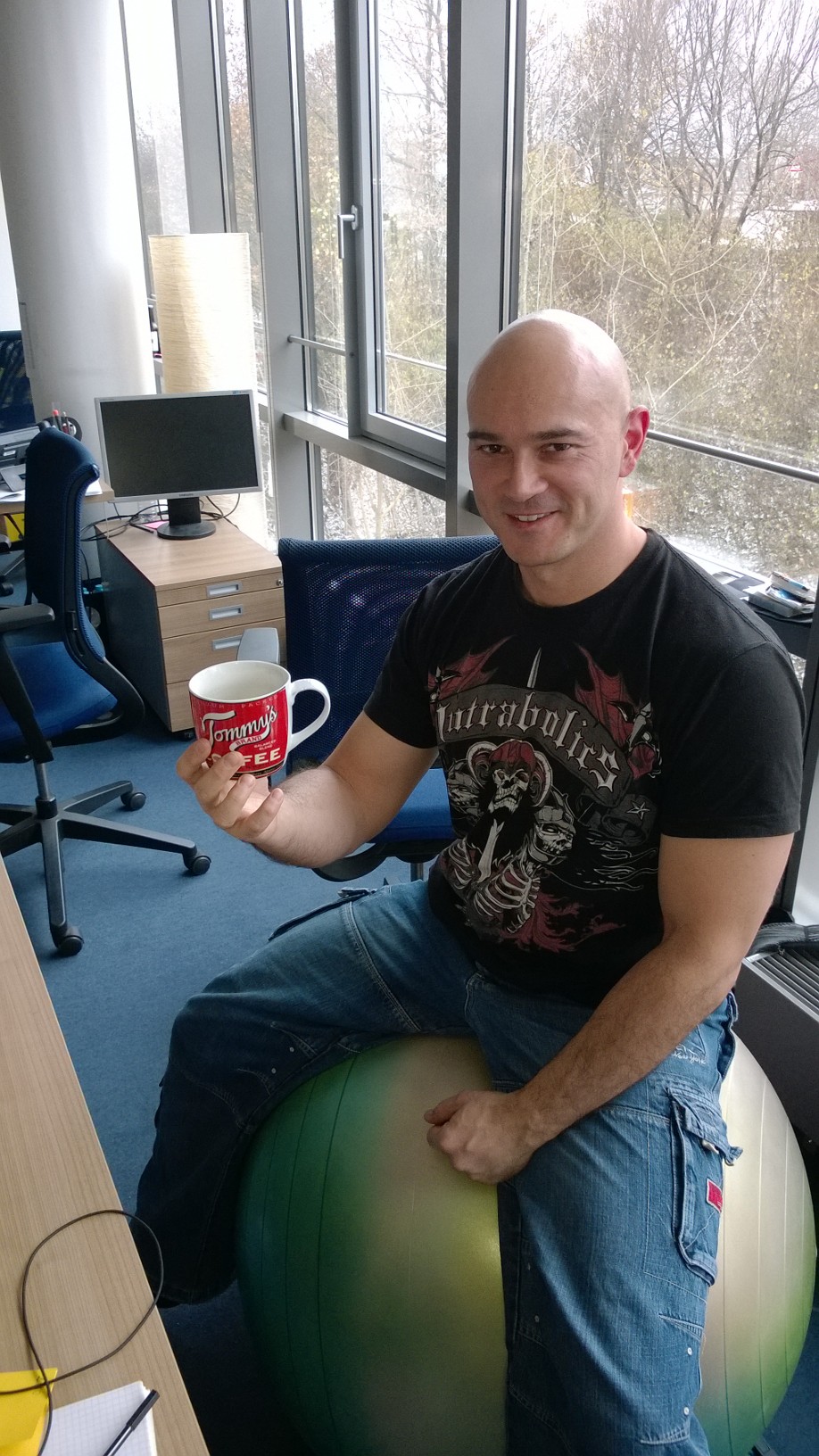